008 Glutathione: The Mother of all Antioxidants 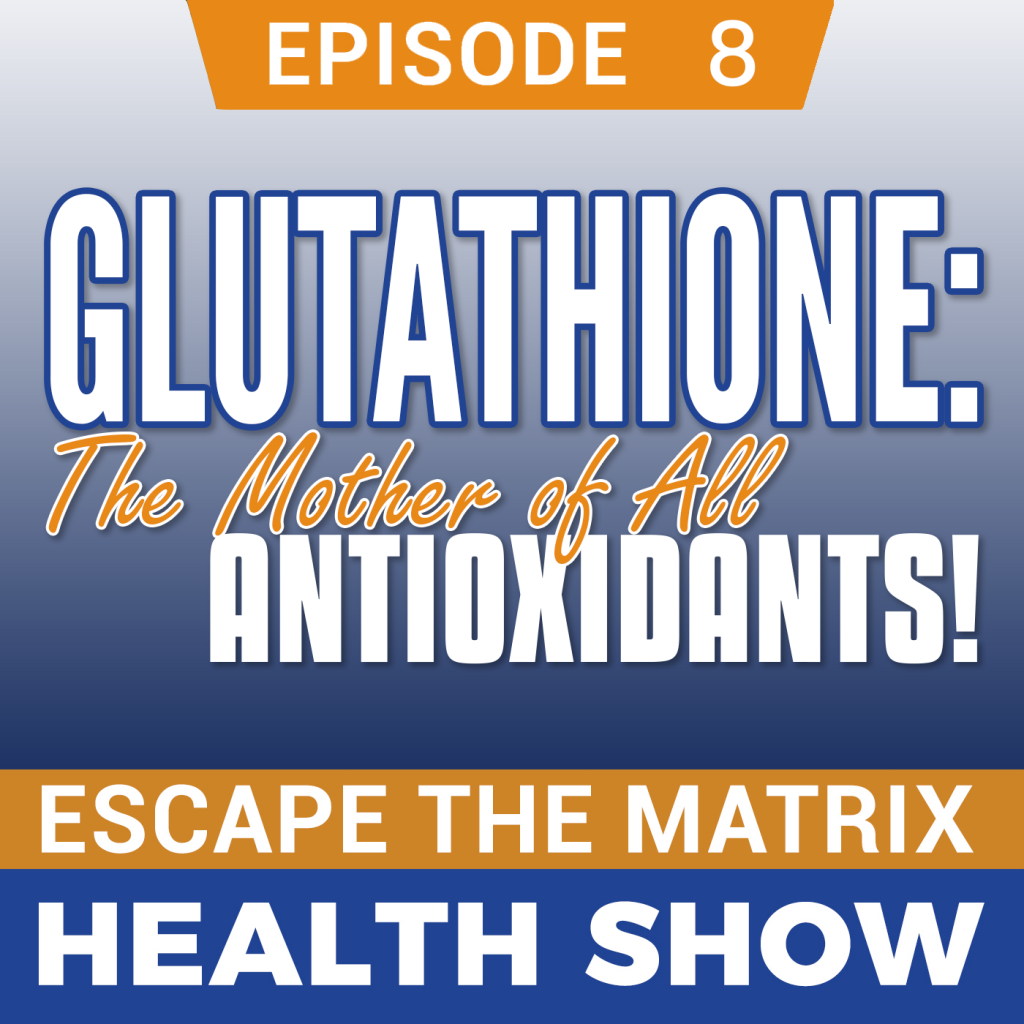 According to Pubmed.gov (the government’s website for research articles in the medical fields) There are over 100,000 articles about Glutathione! This is a huge number, and highlights just how important of a molecule Glutathione is.

1:24 Glutathione has been called “The Mother of All Antioxidants.”  Glutathione is a small molecule found in all your cells, including in your immune system. It fights infections and neutralizes free radicals, which help keep your body healthy and allow you to participate in your daily activities more effectively.

2:15 As our bodies process the oxygen we breathe, it releases free radicals into our system.  These free radicals can damage our cells, and are one of the causes of aging, sickness, cancer and other issues.This is why providing our body with antioxidants is essential to our health.

3:29 Mark Hyman M.D. called it “the mother of all antioxidants” because it is so effective at removing free radicals from the body.  He also said in an article on the Huffington post, “In treating chronically ill patients with Functional Medicine for more than 10 years, I have discovered that glutathione deficiency is found in nearly all very ill patients. These include people with chronic fatigue syndrome, heart disease, cancer, chronic infections, autoimmune disease, diabetes, autism, Alzheimer’s disease, Parkinson’s disease, arthritis, asthma, kidney problems, liver disease and more.”

Your cells contain glutathione, which is a substance made from three amino acids: cysteine, glutamate, and glycine. Glutathione acts as an important antioxidant in your body. That means it helps combat free radicals. These are molecules that can damage your body’s cells. Your supply of glutathione seems to decrease as you get older, possibly because your body can’t create as much. Lower glutathione levels appear to go hand-in-hand with poorer health. For instance, lower levels may play a role in many conditions that are more likely to develop in older people.

5:04 https://draxe.com/glutathione/
Longevity researchers believe that it is so pivotal to our health that the level of GSH in our cells is becoming a predictor of how long we will live!
https://www.ncbi.nlm.nih.gov/pubmed/8001743

Experts are now recognizing that an alarming rate of people are deficient of Glutathione because of:

6:03 https://www.medicinenet.com/script/main/art.asp?articlekey=50746
The key to understanding why GSH is so crucial for health is that every cell in our bodies produces it. “It’s the [body’s] most important antioxidant because it’s withinthe cell.” – Gustavo Bounous, MD, retired professor of surgery at McGill University in Montreal.http://www.immunehealthscience.com/glutathione.html
Glutathione was discovered in 1889. But it wasn’t until the late 1980’s that scientists began to understand it’s importance and how to raise it’s levels.

6:54 The immune system and detoxification system require GSH. The book “Glutathione. Your body’s most powerful protector,” by Dr. Jimmy Gutman says “Glutathione modulation is an essential part of staying young, active and healthy. By keeping our intracellular GSH levels up we also keep our immune system on the ball and fully armed”.

https://www.livestrong.com/article/93734-benefits-glutathione/
The supplement contains three amino acids: glycine, glutamate (glutamic acid) and cysteine. GSH supplements contain a high concentration of cysteine and have many of the same proteins found in breast milk which enhances immune system function. Glutathione can help repair damaged cells caused by stress, radiation, pollution, infection and a host of other ailments. Throughout the stages of aging, cells begin to lose their ability to repair themselves and produce strong antioxidants. Benefiting your body with glutathione supplements increases levels of this naturally occurring antioxidant.

Again, this is based on clinical studies, not theory.

8:50 https://www.huffingtonpost.com/dr-mark-hyman/glutathione-the-mother-of_b_530494.html
By Mark Hyman, MD
Glutathione is the most important molecule you need to stay healthy and prevent disease. the secret to prevent aging, cancer, heart disease, dementia and more, and necessary to treat everything from autism to Alzheimer’s disease.

This leaves you susceptible to unrestrained cell disintegration from oxidative stress, free radicals, infections and cancer. And your liver gets overloaded and damaged, making it unable to do its job of detoxification.

10:31 The secret of its power is the sulfur (SH) chemical groups it contains. Sulfur is a sticky, smelly molecule. It acts like fly paper and all the bad things in the body stick onto it, including free radicals and toxins like mercury and other heavy metals.

****Note that the sulfur also gives it a bad taste, making it an EXTREMELY difficult supplement to make a spray out of! Thanks to our amazing team who came up with a formula that’s palatable.****

**** Also note that Mimi’s Miracle Glutathione is delivered through a spray system, and for good reason. Supplements that have to pass through the digestive system often lose their efficacy. The liver, for example, is designed to render things inert. It is estimated that only 10-20% of some supplements make it into your blood stream if ingested. However, by spraying the Glutathione supplement into the mouth, and letting it absorb into the bloodstream directly, the body absorbs much more, closer to 80%.****

Back to Dr. Hyman’s article…

Learn more about Mimi’s Miracle Glutathione here, and use discount code Insta15 during checkout to get 15% off your entire shopping cart.