The 23 and Me DNA test kit provides amazing insight into your ancestry and health. Learn more about where you’re from, and what health risks you may have, with this simple saliva test.

You can learn some really cool stuff about your ancestry, and your health, from a simple to take DNA test from 23andme.com

DNA is found in our cells and contains instructions for how our body works.

It is made up of smaller units that connect to form a sequence.

DNA sequences contain instructions for making molecules such as proteins.

DNA is packaged into 23 pairs of Chromosomes. One of these pairs determines your sex.

Most of our DNA is the same, but differences between people are called variants.

Many variants don’t have any effect, but some variants are associated with certain health conditions, traits, and ancestries.

The report at 23andme.com looks at your particular variants to help you understand how your genetics influence you and provide valuable information about actions you could take to increase your quality of life. 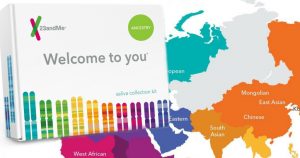 Personal Insights
Based on the data received from hundreds of thousands of people, it can guess certain tendencies you may have. In my case, it said I am likely to have a condition called Misophonia, which is an overpowering reaction to certain sounds. Specifically, it accurately predicted that I hate the sound of other people chewing! Which I do!

Regarding ancestry
My test traced my maternal line back 150,000 years ago to eastern Africa, and from there to migrations into northern and western Europe.

Here’s a quote from the report:
“The H4 branch appears to have arisen in southeastern Europe or the Black Sea region about 12,000 years ago, during the final stages of the Ice Age. It soon spun off its own sub-branch, H4a, which spread north and west from the Caucasus region or neighboring Turkey into eastern Europe nearly 9,000 years ago, possibly in association with the spread of farming. 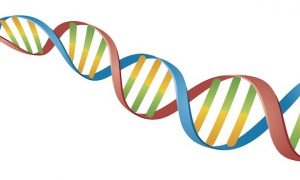 DNA Relatives.
You can navigate to the DNA Relatives Preferences and choose to share your DNA info with the database so you can be matched up with others who have overlapping DNA.

I am at slightly increased risk for Celiac Disease. Here’s how the report helped me understand this. When I click on the “increase risk” link, it gives me this information:
Celiac disease is an autoimmune condition in which the consumption of gluten (found in wheat, barley, and rye) can result in damage to the small intestine. Celiac disease can lead to both digestive and non-digestive problems. This test includes two common variants associated with an increased risk of developing this condition.

It then goes on to give me a biological explanation, the risk of getting the disease (3%), percent of 23andMe customers who have the variant, and a host of other interesting info.

I recommend going to the page at https://www.23andme.com/compare-dna-tests/ and get on the News and Special Offers list, I got a $50 off coupon code from it.

Right click here and save as to download this episode to your computer.Note that this information is presented as educational in nature and is not intended to diagnose, treat, or cure or prevent any disease.